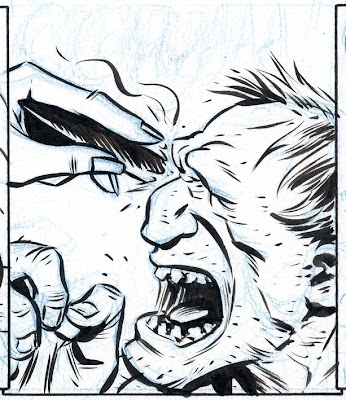 Since it's officialy announced at Vertigo panel on Wizard World Chicago Con, I might as well announce it here, too; I'm working on a new miniseries for Vertigo. Chas, cabdriver and John Constantine's longlasting friend is the main character in it. It will be a five-parter and published in 2008. Simon Oliver is the writer. Check out his "Exterminators" to see that he's one of the best writers in Vertigo at the moment. Cover artist is Glen Fabry, I'll be doing pencils and inks, and Matt Hollingsworth will color it, which makes me especially proud! So stay tuned, there'll be sketches and work in progress posted here in months to come!
You can find more about it in an interview with Jonathan Vankin, the editor of the series. 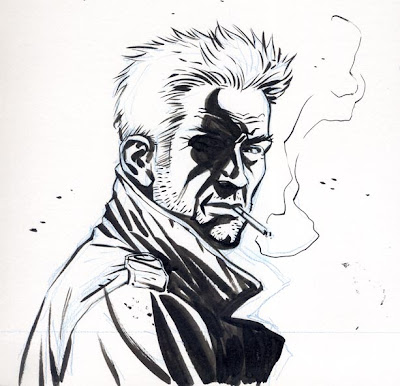 Steven Gettis has a wonderfull website full of drawings, done on his request, by dozens of fantastic artists. Among them are such legends as John Buscema, Will Eisner and Bill Sienkiewicz, to name just a few. The artists are asked to do their favourite literary figure/author/character and I've picked Hubert Selby Jr. His "Last exit to Brooklyn" has been one of my favourite books since I've read it almost twenty years ago. I never knew much about him, and picking him for Steven's gallery inspired me to do some research and discover an amazing person! So, thanks, Steven for that and for inviting me to be part of your unique gallery! 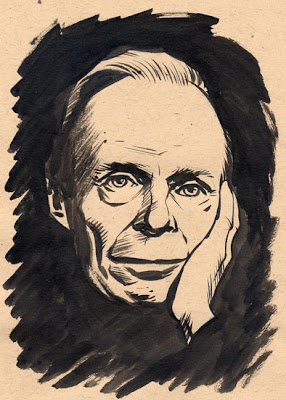