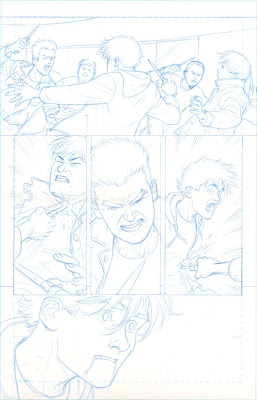 Another old piece I completely forgot about. I think it's from year '92. or '93. with Darko Macan as a writer, of course. It was supposed to be 8-page short story. I remember I did rather detailed layouts for the whole story, but can't find them now. This is the only page I drew and then, instead of finishing the others, I decided to do a new version. As I said many times before it's a bad habit I had and I strongly suggest to any young artist not to follow my example. Later Sasha got reincarnated twice for another purpose. You can see those pages here. 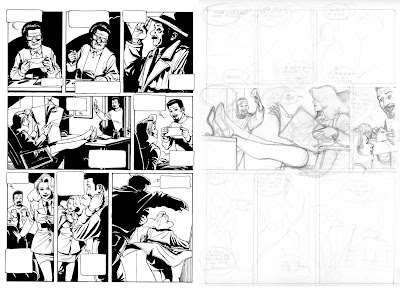 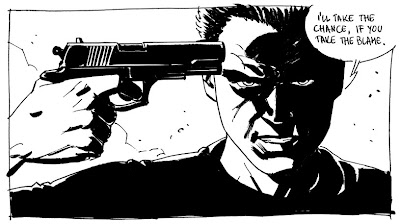 Don't worry, I'm not suicidal. It's just a picture triggered (pardon the pun) by the line from Echo & the Bunnymen song "Monkeys" from their first album "Crocodiles".
Maybe I'd be better off listening to Lady Gaga. >:)

Edit;
As Bob pointed out, just a little bit more of shadow gives us the right sense of the gun being actually held against his temple.
Watch and learn, kids. I still do. : ) 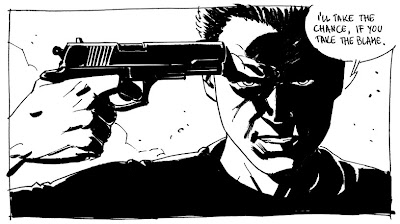 Hi, folks! My apologies for the recent lack of posts. I needed to sort out some things. That's done now and ended fine. In the meantime I'm trying to be an architect and that ain't easy. I'll show you just this for now, hoping the final results will be worthy posting. 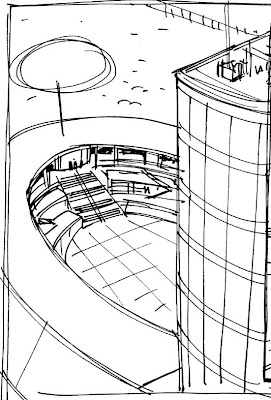 I'm sure I'll enjoy myself in a scenery like this one ...

... and in a company of some these fellas! : )
And many more that aren't on this list, but made my last visit to Italy fantastic!
Posted by dzuka at 11:24 PM 1 comment:

I'm sorry folks for my little prank. Honestly, I expected to be busted with first comment. Getting so many congratulations and praises instead made me feel ashamed. The only true thing in that post is that Jason Aaron IS a great writer! I'm reading his "Scalped" again these days, so I put his name up. Drawings are mine, done more then ten years ago and I think they're lame. Once again, my apologies, and here's a little song for you ... : )

Okay, it's not officially announced yet, but the contract is signed, so I might as well be the first to say it - I'm starting to work for Marvel. No, I'm not leaving Vertigo, I'll be doing just one-shot issue. But whatta shot! Jason Aaron, the hottest new writer, wrote a story that will change everything you know about Wolverine - and leave you wanting for more! Issue will be out on 31st of September . In the meantime I'll post work in progress here as much as I can without spoiling anything.
Stay tuned! 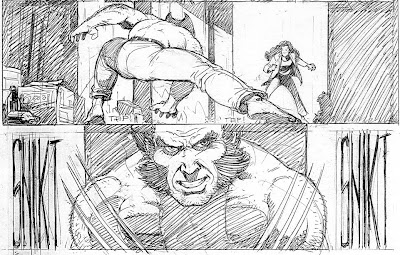