... I wish to wallow in nostalgia.
Fellow blogger sparkled the memories of some of my old works, and I started digging, but couldn't find them. But I've found some other old stuff, like this one ... 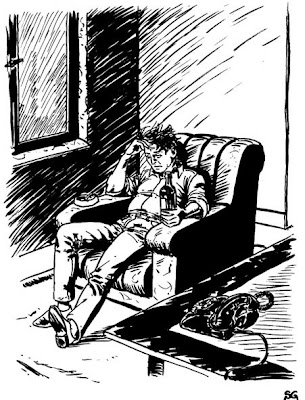 This is officially my first published work, I even got paid for! : )
The year is 1987 probably. Made for intern newspaper of the company where my parents work(ed). Nepotism has always been one of the favourite Croatian sports! >:) 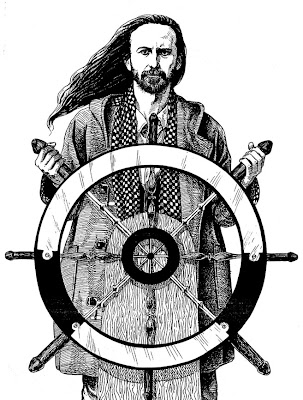 This illustration was supposed to be a cover for one of the albums of the famous Yugoslav rock singer Branimir Štulić Johnny. Eddy Biukovic did colored version, but they were both dropped.
This must be late 1989.
And, zucker kommst zu letzt (pardon my French) ... 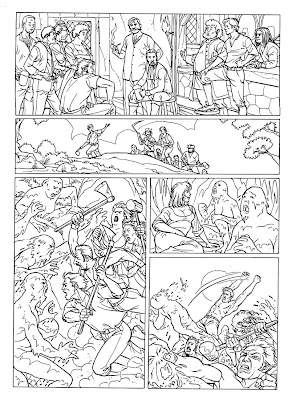 One from the couple of hundreds of pages I did for Gespenster-Geschichten in first half of '90's.
This one, like many others are done in collaboration with Esad Ribic. He did the pencils, I've inked them. It was a complete hack job that we compensated by doing five or six pages in just one night and putting in funny stuff. Having ourselves, our colleagues and friends or local 'celebrities' as characters in the story, for instance.
And, since I'm in such a good mood, let's have a prize contest;
The first one who recognize where's the title and first line of this post coming from, will get my original art as a reward!
Another award (which I haven't decided yet what it will be) goes to the one that lists most of the (in)famous people on that Gespenster page.
Hit it, boys and girls! : )
Posted by dzuka at 12:07 AM 16 comments:

Drawing reflections in the mirror has always been tricky to me, but I guess I've learned that too ... :) 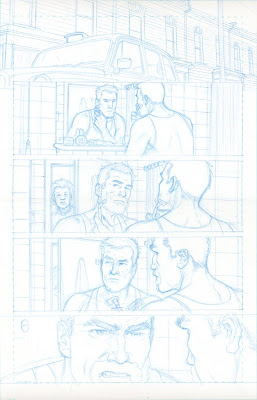 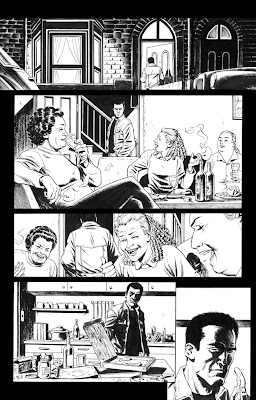 HELLBLAZER PRESENTS: CHAS — THE KNOWLEDGE #1 (OF 5)

Cab driver Francis "Chas" Chandler leads an unremarkable existence. His greatest moments have come tagging along with John Constantine -- as a chauffeur. His home life is nothing special, and his beloved London is becoming a soulless metropolis. In middle age, Chas is stuck in a rut.
But Chas is a master of "The Knowledge," the elaborate system of routes and landmarks which every London cabbie must memorize. Until now, The Knowledge has been just a tool for Chas. But now, he's about to discover a more sinister significance of The Knowledge.
An ominous entity from London's grim history has reemerged, and only someone with The Knowledge can stop it. Is Chas up to the task, on his own?

From the feverish mind of Simon Oliver (THE EXTERMINATORS, GEN 13) with lush artwork by Goran Sudzuka (Y: THE LAST MAN, LADY CONSTANTINE), THE KNOWLEDGE is Chas's chance to make his own mark on the dark universe of HELLBLAZER. 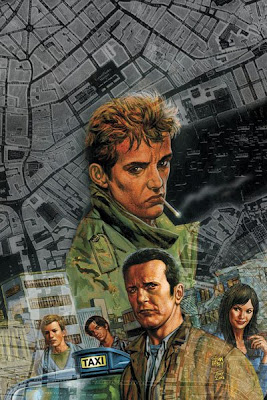 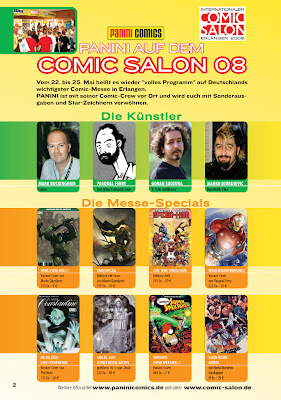 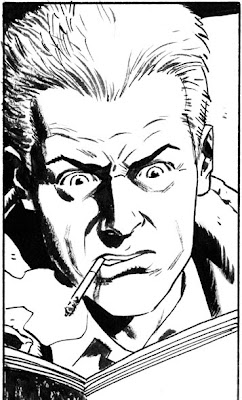 Four thousand holes in Blackburn, Lancashire.
Posted by dzuka at 2:00 AM 1 comment: 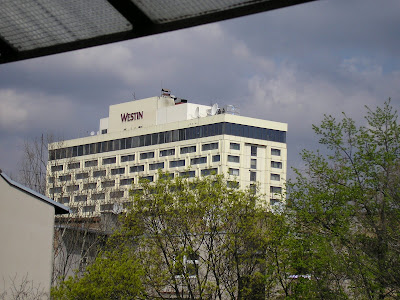 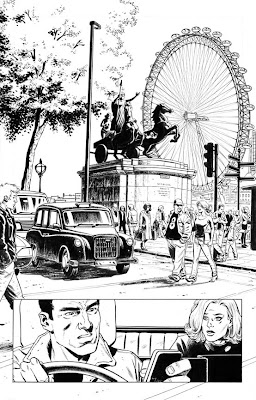 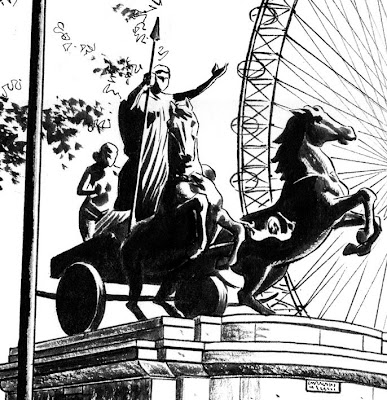