I'm sorry but i really couldn't come up with anything funny and original for the greeting card. Another drunk or evil Santa or sexy girl dressed in his costume don't do it for me. Which doesn't mean I don't wish you all the best in 2011. : )
So instead, here's something that I hope will make you smile ... : )

So, I've been asked to participate in The Hero Initiative, non-profit organization dedicated to raise money for creators in need. I gladly accepted, of course.
I got an issue of JLA with blank cover to illustrate, which will be sold on auction. Choosing which character I'll draw took seconds, but deciding what situation to depict took awhile. Didn't wanna get too pretentious, yet wanted something with a catch. Finally, came up with this ... 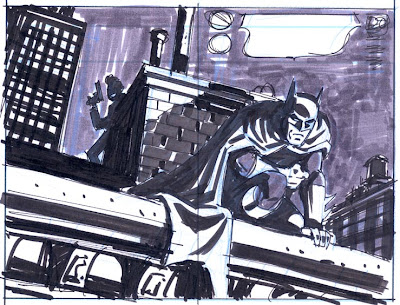 Now, drawing on the actual cover was quite tricky. You have all the printed pages underneath it and staples in the middle, the paper is rather smooth (I got used to the rough boards DC provides) and there's a stage-fright of not screwing it up, because you can't just throw it away and take another one. So, the pencil drawing was quite rude. And difficult to scan ... 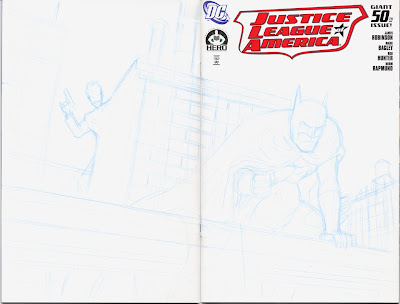 With the paper being smooth, I decided to ink with markers. No pens or brushes. 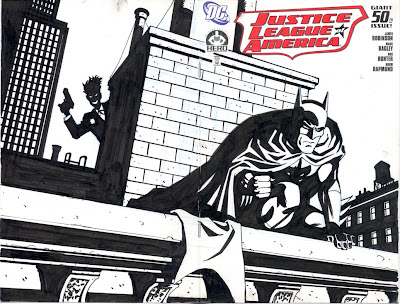 If it was an actual job, this is what it would look like - scanned as line art. 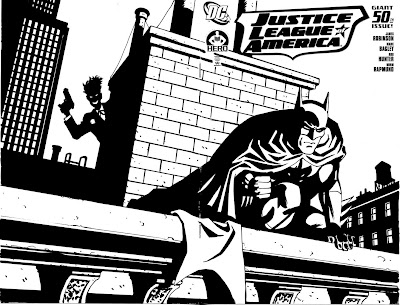 Again, with paper being smooth, gray marker would be really messy, so I've dropped it. And I've chickened out on casting Batman's shadow on the bricks behind him, but played a little bit with gray tones in Photoshop. For my amusement and your viewing pleasure. : ) 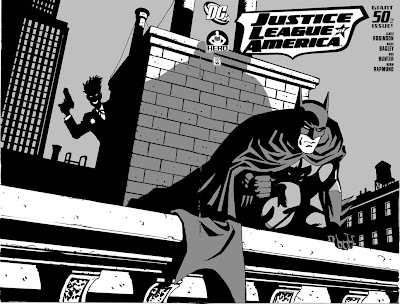 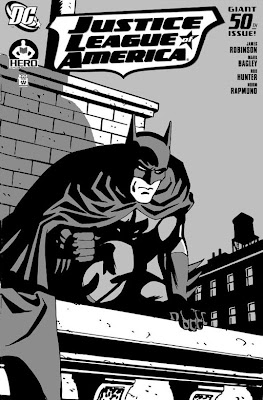 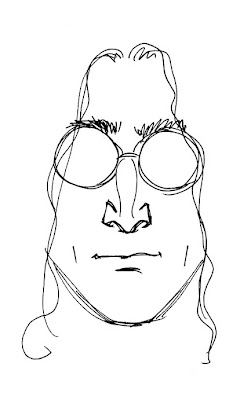 Christ, you know it ain't easy
You know how hard it can be
The way things are going
They're gonna crucify me!
Posted by dzuka at 4:41 PM 7 comments:

I've been (rightfully) criticized for neglecting the blog and taking it too seriously.
So, there you go ... : ) 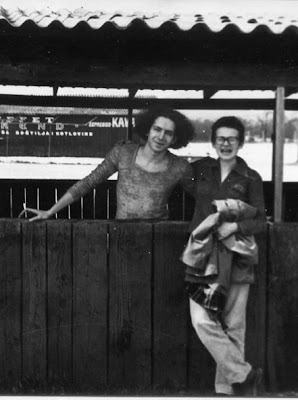