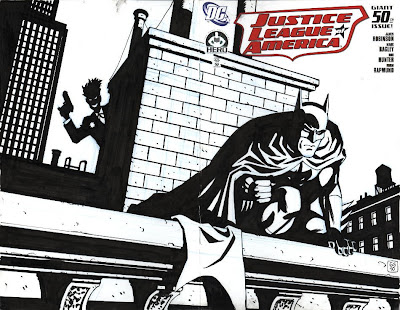 It's finally auctioned! Here, at The Hero Initiative you can find details.
And the gallery with 104 original covers done for the same purpose.
Posted by dzuka at 4:04 PM 10 comments:

After years in the making - it's finally out!
A.D.D. - graphic novel published by DC Comics/Vertigo. Douglas Rushkoff wrote it, I did pencils and part of the inks, with Jose Marzan Jr. inking the rest. 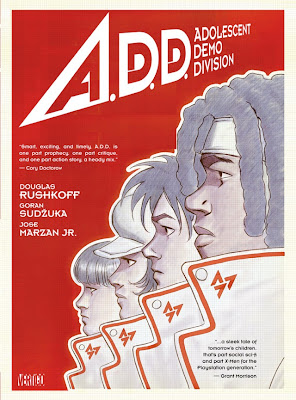 "Everyone seems to have A.D.D. these days. (In case you’ve been too distracted by your Twitter feed to remember, A.D.D. stands for Attention Deficit Disorder -- the inability to focus on any one thing for too long, the urge to do nine things at once, and the hyper, constantly shifting, unsettled feeling that goes along with it.)

Apparently, it’s an epidemic -- particularly among boys, and especially among those who love video games. And so video games are now blamed for destroying their brains, and their capacity to become productive members of society.

But, to me anyway, something never felt right about this line of reasoning. Even if playing video games and answering txt messages shortens the attention span, what if it broadens the attention range? What if the downsides of an A.D.D. approach to life were actually offset by some other, still unidentified advantage? Or in computer programmer’s parlance, what if A.D.D. weren’t a bug, but a feature?

In fact, this whole Attention Deficit craze really only began in the late '90s, a few years after the Internet business magazines unanimously declared we were living in something called an “attention economy.” The idea was that the Internet is essentially limitless in its ability to hold content. The only limiting factor on how much money media companies can make off us in an age of infinite bandwidth is human attention itself.

They came up with a new metric, “eyeball hours,” to describe the amount of time they could keep someone’s attention glued to the screen. Media companies arose to make websites more “sticky” so that people -- especially kids -- would end up spending more of their eyeball hours stuck on their web pages.

Over the next decade, prescriptions for Ritalin -- the leading A.D.D. drug, otherwise known as “speed” -- went up by about 5000%. Were real cases of the formerly rare sensory disorder multiplying at this rate? Were they simply being diagnosed more easily? Or was something other than A.D.D. now getting labeled this way?

That’s when I started to believe that at least this new breed of Attention Deficit Disorder may not be a sickness but a defense mechanism: an adaptation to a world where someone -- usually some corporation -- is trying to program us everywhere we look. Fast channel surfing and short attention spans are not deficits but strengths -- weapons, really -- in the battle for human consciousness.

When I think about kids being diagnosed by public school guidance counselors and then drugged to pay better attention, I can’t help but suspect we are no longer treating a child but repressing the messenger.

So I decided I wanted to tell a story in which A.D.D. was quite literally a bug that was being turned into a feature. Following the what-if structure of science fiction, all I needed to do was ask who would do such a thing to kids, and why? And what would happen if it worked? What would American, videogame-playing “new type” mutations look like, and how would they relate to the world in which we are living?

The story in A.D.D. may be fiction, but the war on our minds and against our resistance is as real as the mediaspace in which we live. They mean to occupy our reality before we occupy theirs."

And here are some pages from the book ... 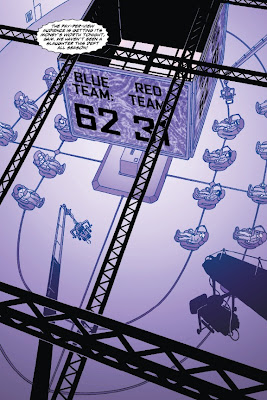 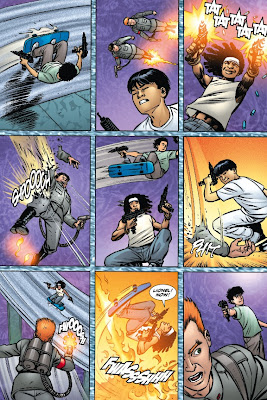 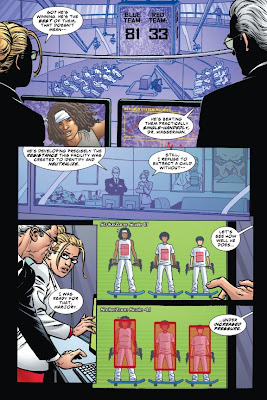 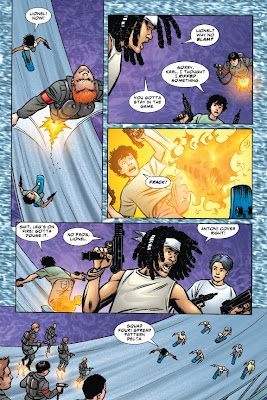 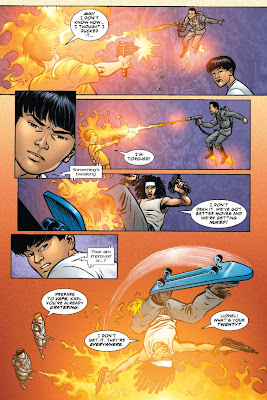 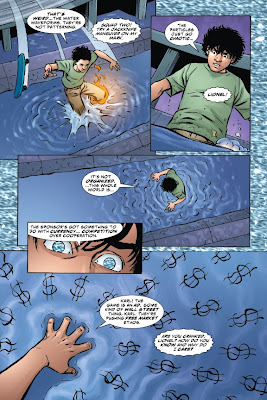 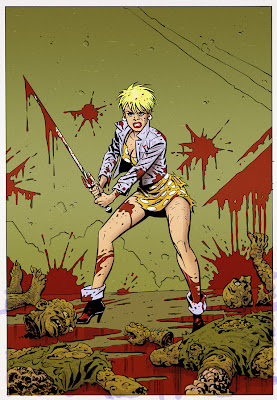 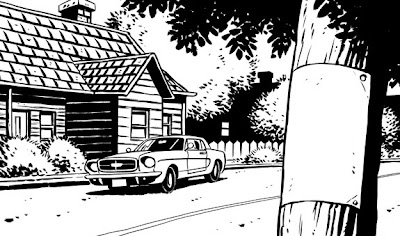 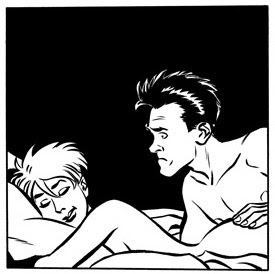 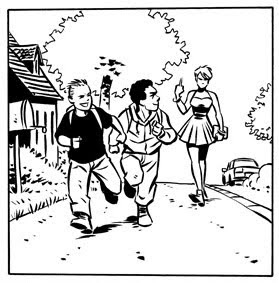 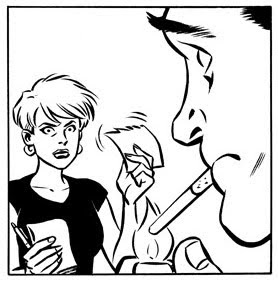 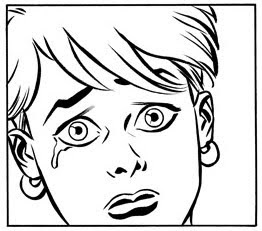 Cover for the best horror series ever! : ) 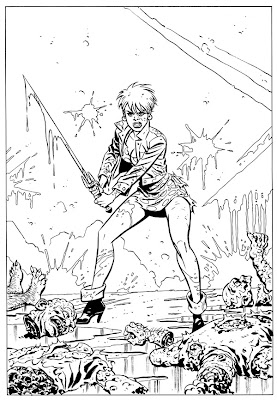 You can find out more about it here and here.
Oh, and btw. some more art is added on my facebook page.
Posted by dzuka at 3:55 PM 4 comments: