Well, I've returned from Erlangen five days ago, but has been working ever since.
And still have to work more, so not much sense in delaying this.
The show was great, I did dozens of sketches for fans and didn't get tired. 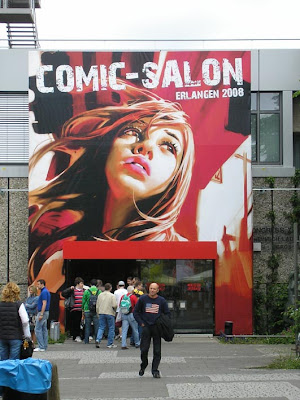 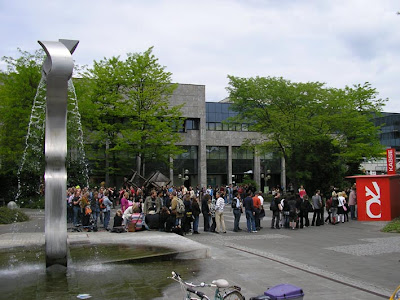 Half of the fans were called Michael, but there was only one caballero ... 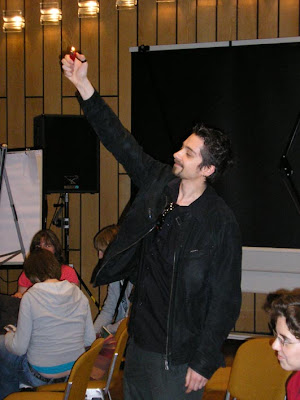 There was, like always, lots of people in silly costumes. I got used to this, but I had to take a picture of him ... 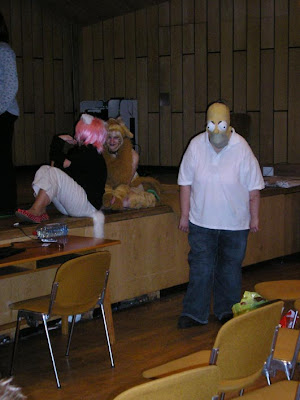 Darko was making the real tour and took lots of photos. Hope he'll post them soon on his blog. I wanna see what I've missed being too busy sitting at the Panini booth or in the caffe bar. >:) 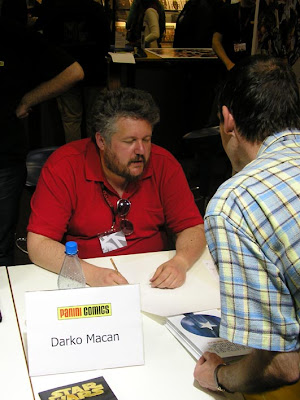 Marko Djurdjevic was there as a guest, too. Big talent, big heart! 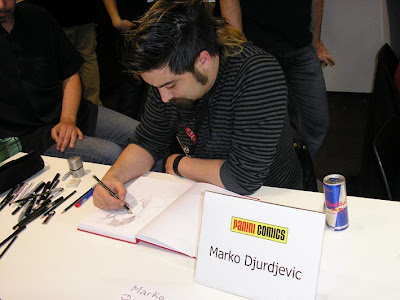 Nic Klein, too. You'll here about him more soon, I'm sure. 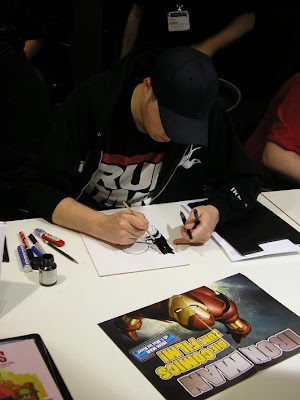 I met lots of great people, some old friends, but big "thanks" goes to our hosts, the crew from Panini Comics and especially to Alex! 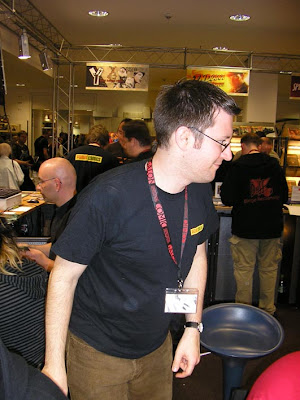 Stay tuned. I won't do much writing these days, but I'll be posting fresh art.

Came back from Makarska yesterday. 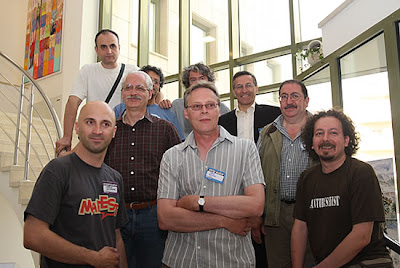 Big thanks to everybody who came, and very special, bigger then big, THANKS to Dado & Dado!!!! 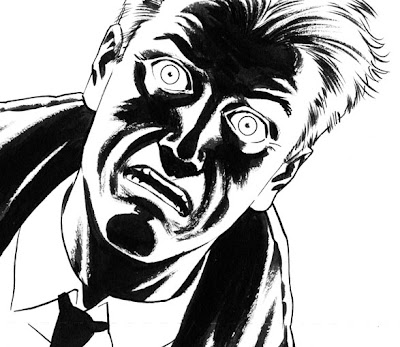 Here's some more old stuff ...
First one is the illustration I did for "Danas", news magazine that was very influential and groundbreaking in the '80's. At that time Mirko Ilić set high standards illustrating it for years. I started working for them in 1991., but very soon they went out of business. 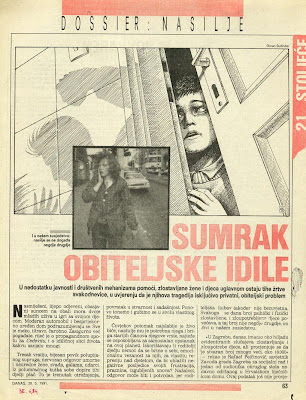 This is one page from those Gespenster short stories. I've penciled and inked this one myself. Complete overkill!!! : )
It must be '95. because there's my dog in left corner. Probably first of her many appearances in my comics. 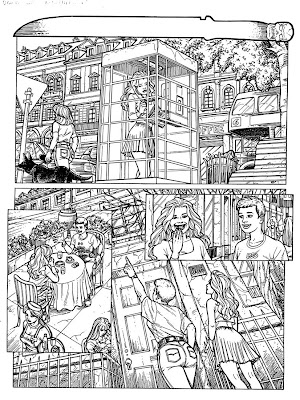 I don't know what inspired me for this one. It's obviously unfinished, so I'm pretty sure it wasn't done on request. 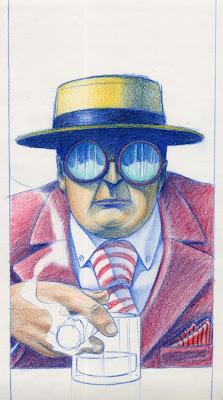 He came home from the war with the party in his head... 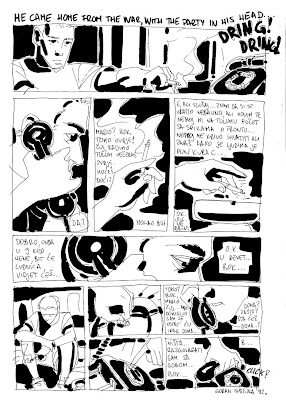 Soon, the Croatian edition of "Outlaw Nation" will finally see the light of day! It is published by Libellus, translated by Tatjana Jambrišak and designed by Melina Mikulić. Big, 448 b/w pages, hardcover!
From 15th to 18th of May, Jamie Delano and me will be promoting it at Mafest.
After that it should be available in bookstores round Croatia and some neighbouring countries. 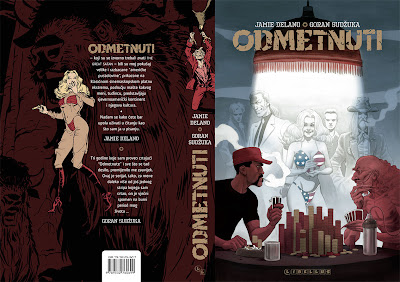