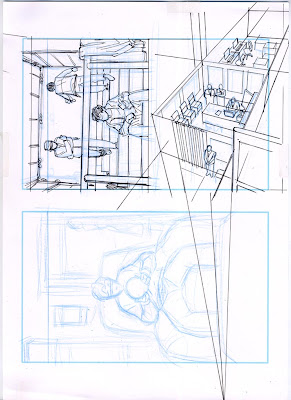 I wonder, how many of you recognize the statues in the background? 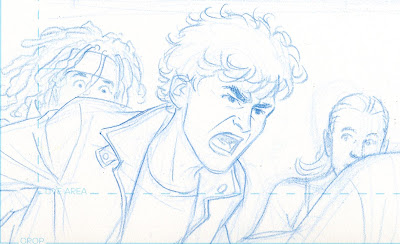 With a little help from my friends

Sometimes I just get stuck, can't think outside the box. Running around in circles. I've already bitched about this page, but now that the problem is solved, let me share it with you.
One of the opening scenes of the book required the following; main character is talking to a young boy while doing signing at the convention, on his right are two of his mates, a queue of fans in front of him, monitor beside him and two men watching over behind him.
On first sketches/doodles I did on the script while reading it, I went for a straight shot looking from the crowd, but ditched it rightaway because it's obvious I want be able to show everything needed. Shot from the above comes natural. 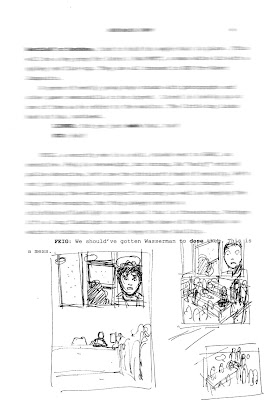 So, this is how I did the layout. 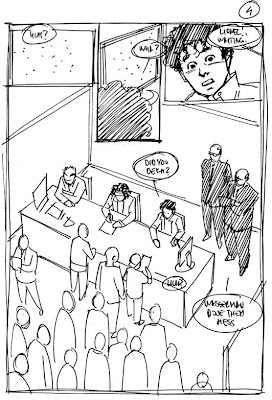 But it didn't look right. It was dull and hanged onto the right side. I tried some variations, but none of them were good. So I started penciling the page, still unhappy. 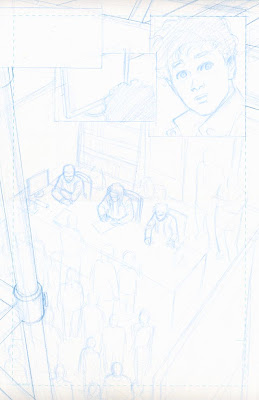 Couldn't force myself to finish it and decided to ask for help. I've sent an e-mail to Darko and Tonci and here's what they came up with. 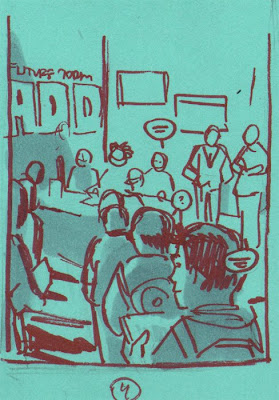 Tonci did basically what my first idea was, except he lifted up the camera a bit. 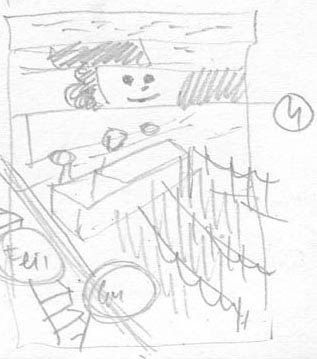 Darko moved two men in forefront, to the left.
Later that day I met with Bob and Talaja and asked for their opinions. They didn't do their own versions, but we analyzed what was done before. We agreed that my version was correct but boring, Darko's had a problem because two men were on the left and their dialogue comes last, Tonci's was spot on! Our main character was in the center of the panel, the whole composition and perspective leads the eye to him and with little adjustment we'll be able to see everything we need, and subjective POV (we're in the crowd, waiting for signature) was more then welcome.
Drawing time, finaly! I didn't bother drawing perspective grid, just had fun finally drawing the damn piece. 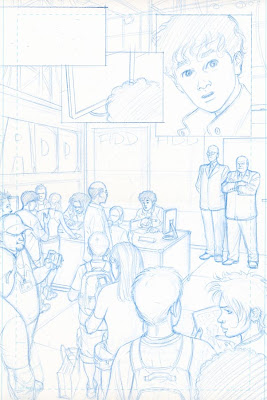 And ... oops!
After completely finishing the page and sending it to the crew, I've realized two men in the background are huge! Ten years ago, I'd have to redraw them, but now, thank God, there's Photoshop! : ) 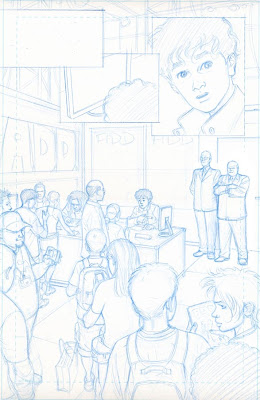 I don't know, some of you might find all this big fuss about nothing. And I would even agree, especially since the solution was so simple, but sometimes you just can't see the woods from the tree. Funny thing is, these situations never happen when deadlines are breathing down your neck! : )
Posted by dzuka at 7:44 PM 11 comments:

Skeletons in the closet

I've planned to write an extensive post about the tour in Germany, because I had such a great time there, but gave up. Partly because I'm too lazy to type, partly because my camera suck and batteries kept running out. So, here's a short version ...
We were doing the signings in comic-shops where they would have everything prepared and previously announced. The fans would buy some of our books and, by doing so, qualify to get a sketch (in the books, on separate papers or sketchbooks). Signings are for free and there were some people with literally a dozen of my different books. 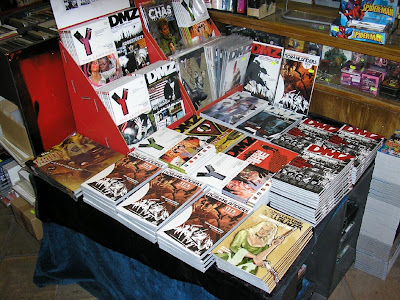 The whole thing was lots of fun and our hosts were great, but the best thing was to meet two great guys and talented artists. 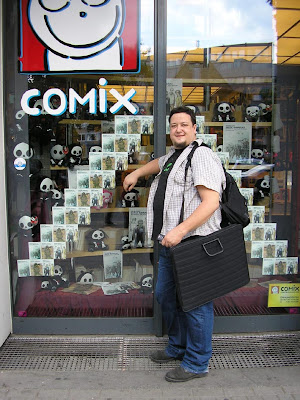 Riccardo Burchielli of the DMZ fame ... 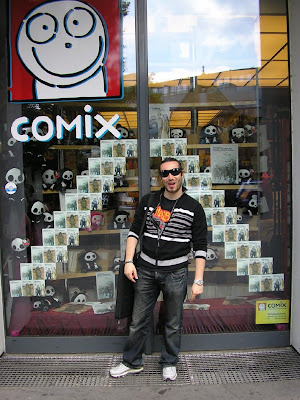 ... and Davide Gianfelice, the co-creator of Northlanders and The Greek Street. 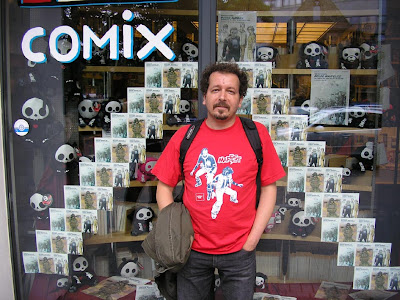 I did my part of promoting Mafest quite vigorously! : ) 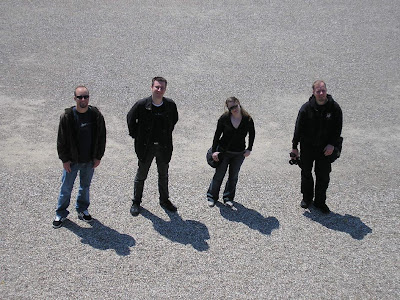 This is the rest of the crew: Mike Rote from Planet Bongo Studios, Alex Bubenheimer and Steffen Volkmer fro Panini Comics, and Danielle, Davide's better half.
We were traveling around in the van and it really did felt like being a band! : )
For the last three days we were in Munich, attending the festival there. By then my camera completely died on me, so no pictures from there, but here's the interview I did during the panel held by Joerg Krissman. I wasn't quite aware it's gonna be aired later on the web, so I might've said something awkward. It's almost an hour long and I can't stand to listen to myself (speaking in English!!!), but if you have the nerve, stomach and spare time, give it a try - there surely are some skeletons in the closet! : )
Introduction is in Germany, but after that Q&As are in English. 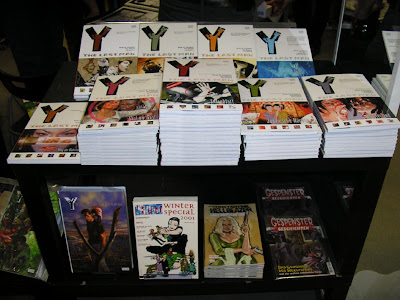 Keep changing my mind. Not good. 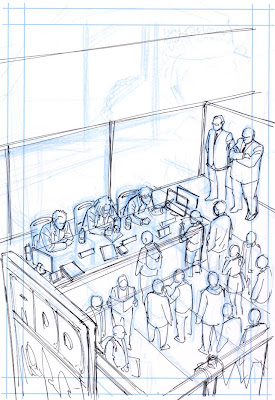