A little bit more then a year ago, I was offered to give it a try at Stan Lee's new multimedia project (in co-production with Disney Studios) called Time Jumper. I had some doubts about it, but you don't just pass on a chance to work with legend, so I did some samples. If it's true what I was told, out of some number of artists I got into finale with one opponent, which eventually - won. Now that I saw the final product, it's obvious they wanted somebody less ... errr, old-fashioned?
And I'm not sad or jealous one bit for not getting this job. It would probably include much more coordination and various requests then actual drawing and I'd go nuts. See, I'm spoiled - I just wanna draw comics! : )
Anyway, now that the whole project is in motion, I thought I might show you some of my proposals ... 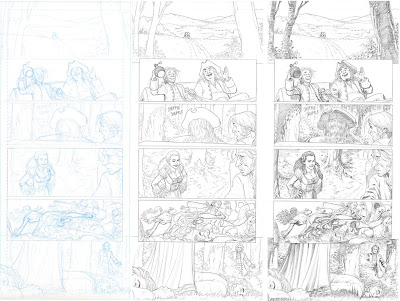 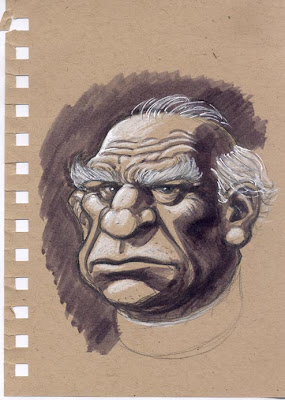 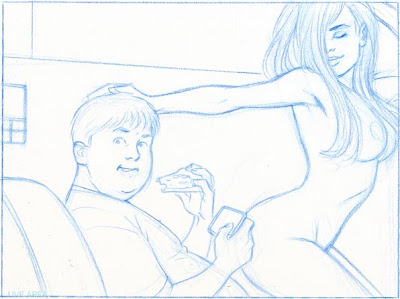 It's been awhile since I've posted some work in progress, right?
Here's a fresh example of the page in the making.
From the doodle on the script ... 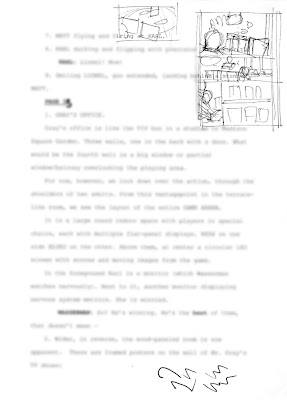 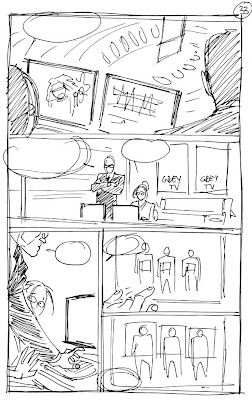 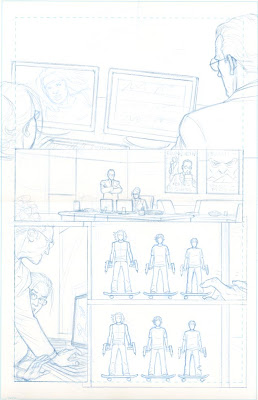 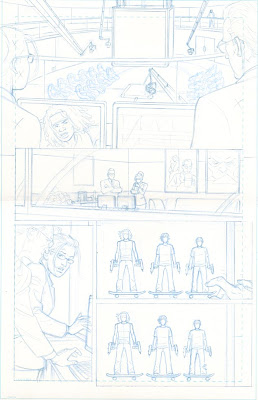 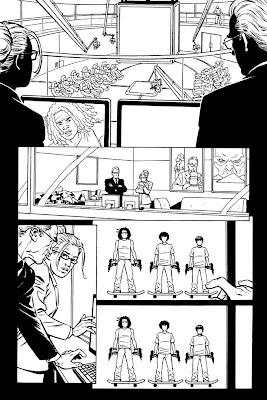 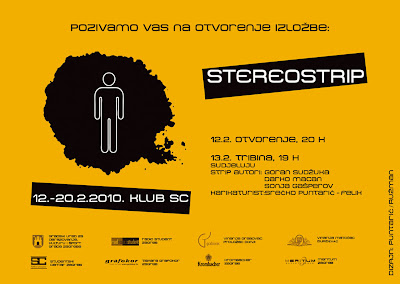 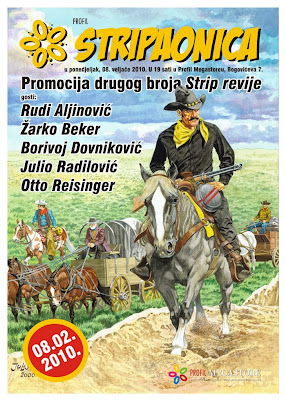 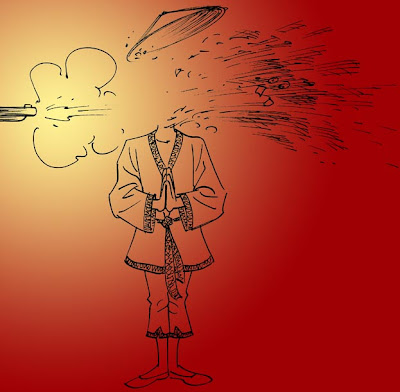 I apologize for this violent outburst of racism, but for months now comments on my blog have been exposed to some Chinese spam. I've been patiently erasing them, hoping they'll go away, but it only got worse. I hate word verification, but now I have to enable it. So, in need of steaming out the frustration, I had to blow someone's head off!
I've got nothing against the rest of the 1,335,609,999 Chinese, and I hope word verification won't stop you from commenting. : )
Posted by dzuka at 8:13 PM 7 comments: