I'm back! Woke up sick this morning, but nothing serious. Probably just exhausted from trip.
Anyway, I'm happy reporting is not something I'm making living out of. I'd be starving. Made some useless photos and very often had too much fun to remember and take my camera out of the bag. Here's what's worth sharing, though:

I stayed at the Hotel 41 at Times Square. That's what it's called, but is acctually in 41st street, which is very near Times Square.
It's a nice place, with wonderfull people working there. OK, I agree the view from the window is not breathtaking, but all I needed was a nice bed and a clean shower and I got that. 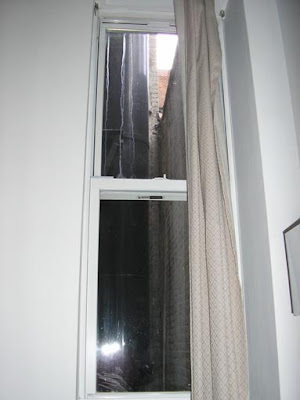 Just around the corner there's Midtown Comics, from what I heard the best shop in the city. Didn't manage to spend more then ten minutes there, but spent quite a lot at their booth at the con. 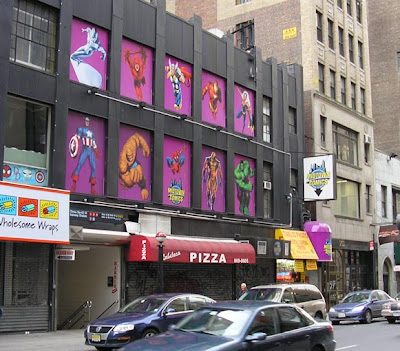 Around the other corner there is Madame Tussaud's Wax Museum. Nicholas Cage in front of it. For some reason it felt scarry looking at him. 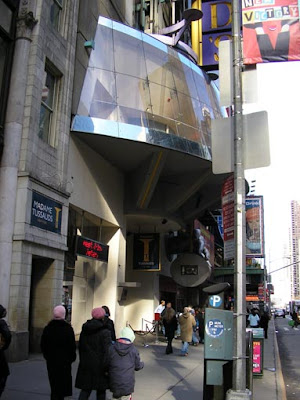 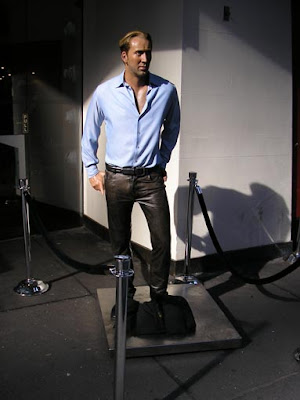 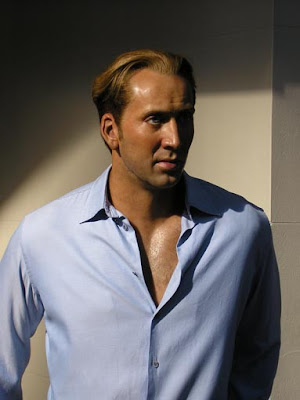 Jacob Javits Center where the convention was held is about 25 minutes of walk from my hotel, but I took a cab, because the wind was bone-freezing. JJC is pretty huge, but I've been in San Diego, so this didn't come as some surprise. 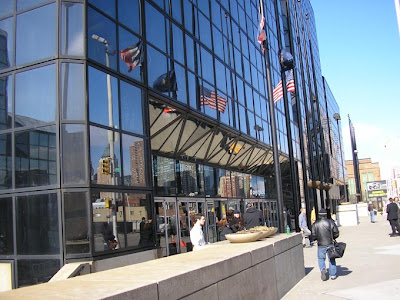 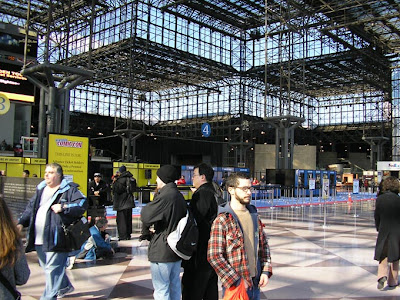 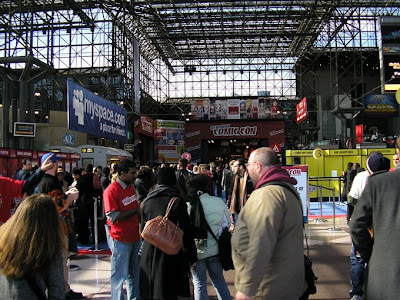 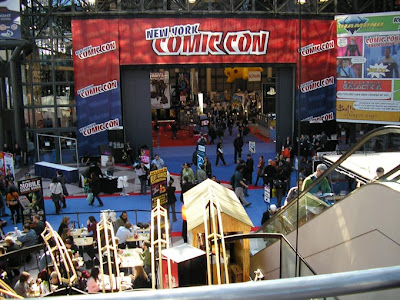 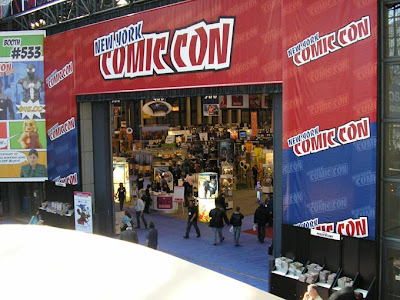 On Friday thing's were pretty normal, but on Saturday it was madness! Tickets were sold out (at cost of 45$, so I was told) and people waited on cold wind in long lines to get in. Such patience and devotion. 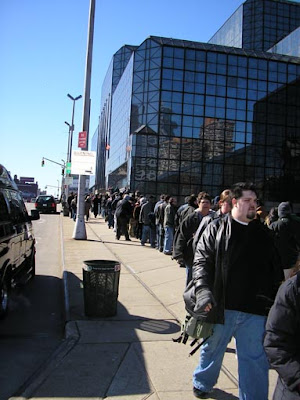 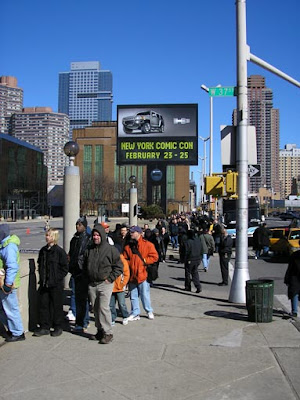 Hope you'll bear that in mind while you're waiting for the next part of my report in the warmth of your rooms. It's obvious I should've been in bed long time ago.
Posted by dzuka at 2:06 AM