Ok, I should've said "in a week or two..." : )
As I've said before, I was in Lucca as a guest of Edizoni BD, promoting Italian edition of Outlaw Nation, so every day I spent some hours signing and sketching at their booth.
The guys from Edizioni are great! Marco Schiavone (on the right) is the Boss. Alberto, his brother on the left. 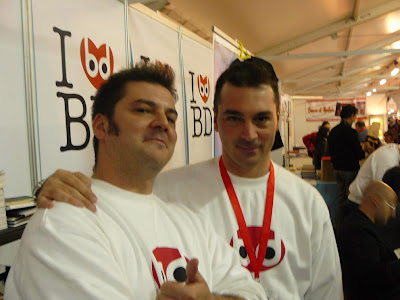 No, that's not Johnny. That's Andrea. As you can see I had to compete for the customers with books like Bachus or Mark Evanier's "Kirby - King of Comics" for which Marco got the award. 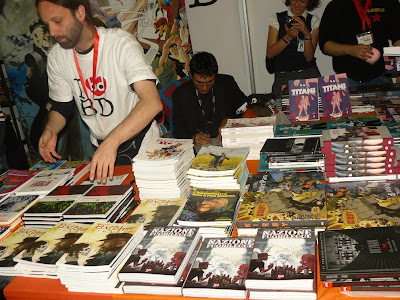 But the worse was Panda. Girls loooove Panda! Girls scream when they see him! Girls throw money on Panda! And their bras!
I love Panda too, though I'm not a girl. You will love it too. Check it out online here. 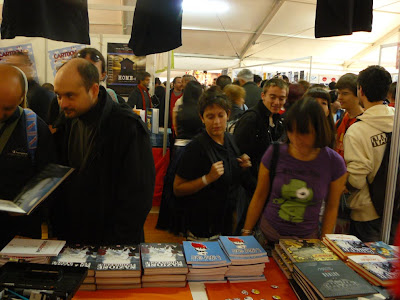 Giacomo Bevilaqua is the creator of Panda. He'll be shamelessly famous one day. Keep in mind that I was the first one to introduce you to him! : ) 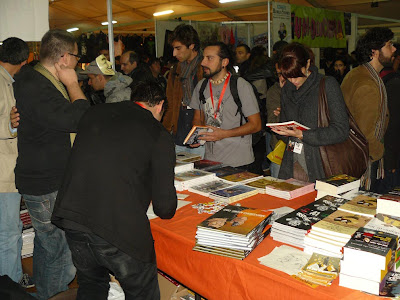 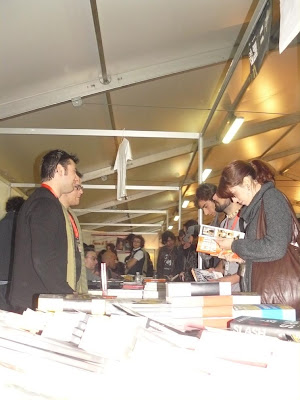 Big or small, every Italian publisher have their booths at the festival. I was told that some (smaller) publishers make 60% of their yearly sales in that four days. 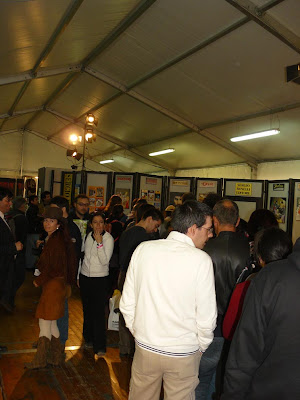 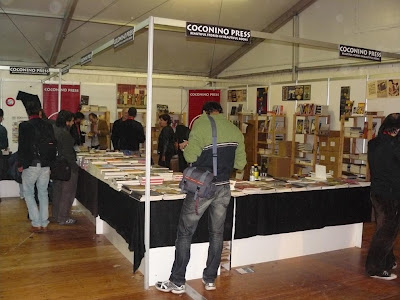 Coconino Press. Small publisher with some beauuuutiful and wierd books! : ) 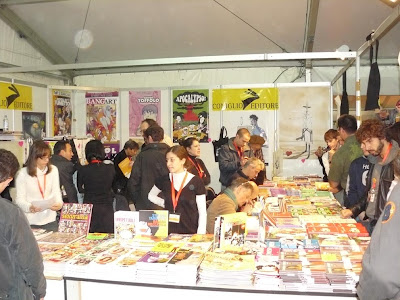 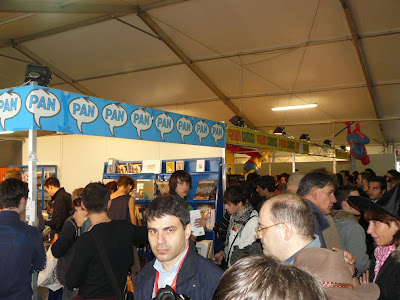 And Panini Comics.
There are lots of others (like Planeta de Agostini that publishes my Vertigo books in Italy) but most of the time I was able just to take a pictures of people's backs. : (