It's great to travel around visiting conventions. You get to see new places, learn something about them, get stuffed with thousands of comic books, eating and drinking, promoting your work ...
But for me, the best part is - meeting people.
Meeting again with old (or not so old, but nevertheless dear) friends, meeting for the first time new people, who will become old (or not so old, but nevertheless dear) friends and being introduced to some of the giants of comic art, who often appear as quite nice human beings. In such situations usually I feel like I'm a teenager again, desperately trying not to get all nerdy and geeky. Sometimes I succeed. : )
Anyway, here are some pics. Of course I didn't remember to shoot all of them. 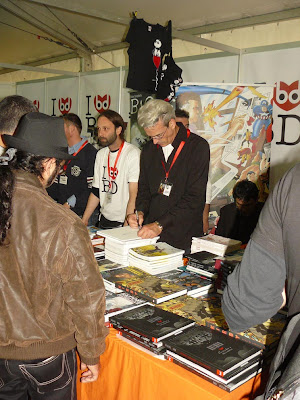 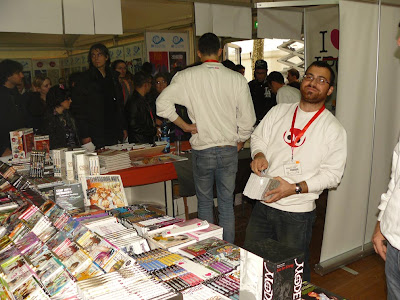 Marco Rizzo was one of the stuff at Edizioni BD, but as I've heard he's also a great journalist, writer and translator! I don't speak Italian, so I can't confirm this, but I know for sure he's a great guy ! : ) 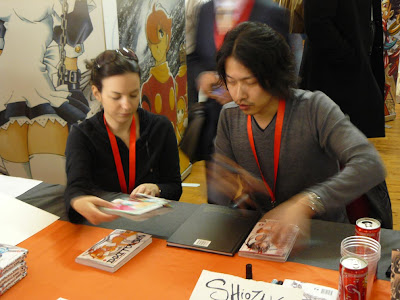 Can't remember his name, but the Japanese guy was also a guest of Edizioni BD. He doesn't speak English, so I had no comunication with him. 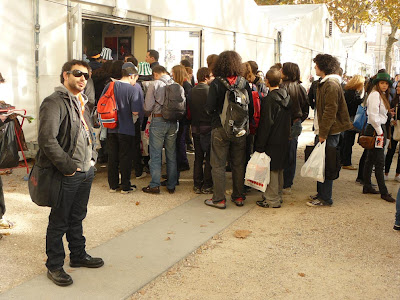 Davide Cooler-then-cool Gianfellice. Yes, it would be nice if all those people in the background would be waiting for his signature, while he's taking his time to pose for me, but they are waiting for that Japanese guy. : ) 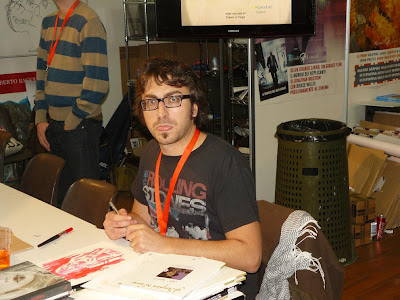 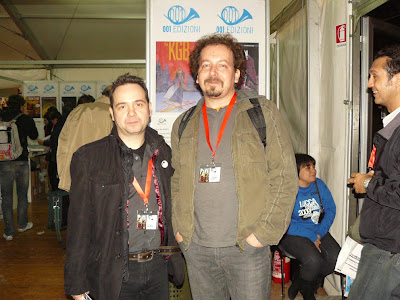 Massimo Carnevale and me getting all nerdy and geeky. 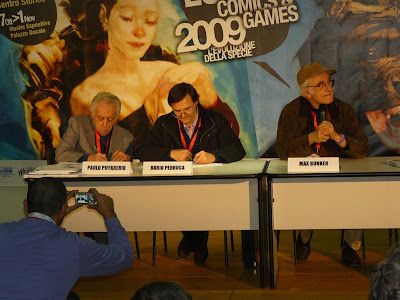 Max Bunker, do I need to introduce him? 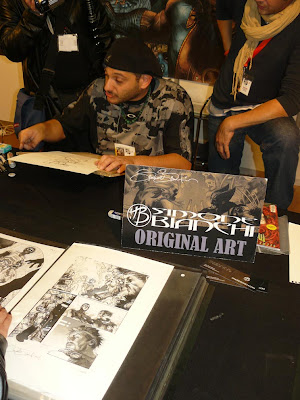 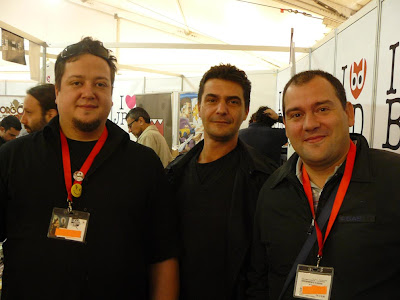 Great Riccardo Burchielli on the left, Cristiano Cucina on the right. My appologies to the guy in the middle for forgeting his name. 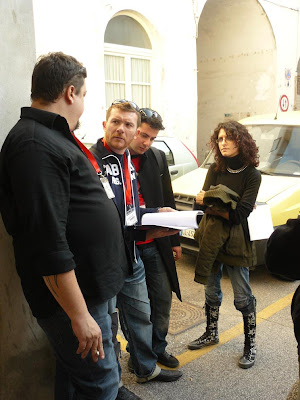 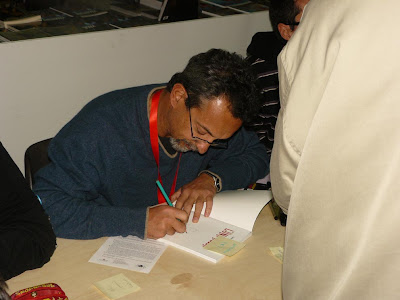 Eduardo Riso, one of the best artists out there and one of the warmest persons I've ever met. I know for sure that my beloved comic festival Mafest next year will be fantastic with him hanging around! 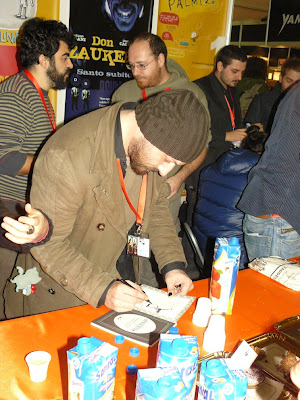 And last but not least - pure genius, man I fell in love with, the one and only Francesco Ausonia Ciampi!
I met lots of other extraordinaire artists. I don't have their pictures, but I have to pay my respects to Francesco Ripoli , Maurizio Rosenzweig , Lee Bermejo and Werther Dell'Edera.
And a special shout out to Adriano Barone!

So, yeah all these photos were taken at the convention during the day. What was happening in the evening and during the night I would not dare to display publicly!
Use your imagination! : )
Posted by dzuka at 10:55 PM

A shout back to you, pal! ;-)
We had a fuckin' great time, and I'm sure there'll be other occasions soon.
Take care in the meantime.

well, thank you very much for your nmice words, Goran... you made me blush!

and thank you for the great time in Lucca, I'm sure there will be another chance to meet again soon :D
best wishes to you and your beloved ones :)